These Food Heroes are Fighting Hunger and Promoting Justice 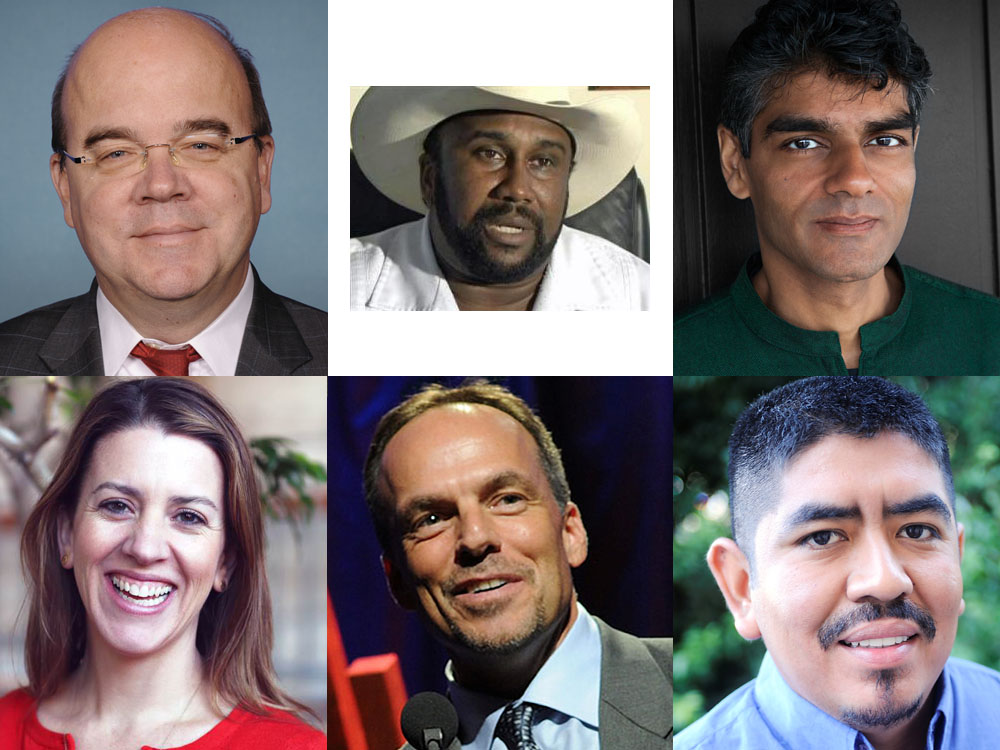 The winners of the James Beard Foundation 2016 Leadership Award are working toward equity in the food system.

The winners of this year’s James Beard Foundation Leadership Awards know there’s nothing easy about ending hunger and fighting for food justice. But that is precisely what keeps them doing the hard work.

James Beard Foundation (JBF) president Susan Ungaro put it best when she called them, “game-changers who have made an impact in improving childhood nutrition, fighting hunger, and promoting justice and equality in our food system.” We’ve asked the winners to help us drill down on some of the most pressing problems in the food system and the solutions they recommend. Their responses are an eloquent and urgent call to action.

What’s behind the inequality in today’s food system?

As Congressman McGovern sees it, poverty is the root of the problem. “We have food deserts and we have people who earn so little they can’t afford food,” McGovern said. And, he added, “Our safety net programs are, frankly, insufficient.”

Lappé sees inequalities in the food system as part of a larger trend of growing inequality throughout society. But, she says, “these inequities are expressed particularly powerfully in food and hunger.”

“While the CEO of one of the world’s biggest fast food chains took home $22 million in compensation in 2012, a fast food worker brings home $19,000 a year, or less. And six of the country’s top eight worst paying jobs are in the food sector,” she explained.

Or, as Patel put it: “How is it that nearly 50 million Americans are food insecure when U.S. per capita income is over $55,000? In short: capitalism.”

Boyd spoke of the need for more small farms. “We don’t have enough small farmers and that’s affecting everything from the quality of food to the price of food. Large companies have done a great job at pushing their message that as agribusiness continues to get bigger, it can continue to offer low prices. But that couldn’t be farther from the case.” The consolidation of the big seed companies, and the dwindling choices for farmers also concern him.

CIW’s Asbed and Benitez echoed that concern, but in the retail environment. “The inequalities we see in today’s food system are rooted in the consolidated market power of the multi-billion dollar retail food corporations that purchase the products that we, as farmworkers, harvest—whether it is meat, dairy, fruits, or vegetables,” he said.

This concentration of purchasing power allows major food retailers to demand ever lower prices from farmers. In doing so, they “have put real pressure on the farm’s profit margins.” This “downward pressure,” they explained, “has resulted in falling, sub-poverty wages and abysmal human rights standards in the fields.”

What can consumers do to change the system?

“Organize. Connect. Speak up,” said Lappé. “We are more than just eaters. We can also all advocate for a more equitable food system—and there has never been a better time to do so.” She pointed to organizations worth supporting, including HEAL (Health Environment Agriculture Labor) Food Alliance), Food & Water Watch, Center for Good Food Purchasing, Food Chain Workers Alliance, and efforts like the Real Food Challenge.

“Buy more food that’s grown and raised locally,” said McGovern. “Consumers also need to be advocates for those who are struggling in poverty,” he said. “Consumers can be advocates for increasing SNAP benefits, support our school meal and summer feeding programs, and support nutrition programs for our older American and our veterans.”

“Consumers can find themselves a small-scale farmer, a truck farmer, a local farmers’ market and buy food and produce from that farmer,” said Boyd. “That helps rural communities survive,” he explained. “Any time you can tie food back to the community, that’s excellent. When Big Ag comes in, the money leaves the community.”

“The most important first step for consumers in the 21st Century is to leverage their own market power for food labor justice,” said Asbed and Benitez. “Tell the retail food corporations how they want [workers] treated in the production of the fruits and vegetables they buy.”  It is critical that consumers support efforts to “change the abusive conditions and poverty that workers continue to face in global supply chains,” they added.

But, Patel cautioned, “Big changes have never been easy. We—all of us—need to demand more. Not just at the grocery check-out, or even at election time, but from society. There’s no shopping for equity; it will need to be fought for.”

What should policymakers do?

This question brought a consistent message for the need to address food system inequities holistically to make systemic change.

When it comes to ending hunger in this country, McGovern said: “We really don’t have a holistic plan. We really need to connect all the dots. We should have a White House conference on food, nutrition, and hunger.”

Asbed and Benitez underscored the need for government support of both laws and non-governmental solutions like their group’s Fair Food Program, which is aimed at ensuring workers’ human rights. They also called for higher labor standards in the food industry and better enforcement of existing laws nationally.

Policymakers should “listen to their constituents and not the lobbyists,” said Lappé. They also need to be “champions of public health, not private wealth,” she said. She pointed to policy initiatives she feels are worth supporting, including soda taxes, good food purchasing policies, and programs that support young farmers.