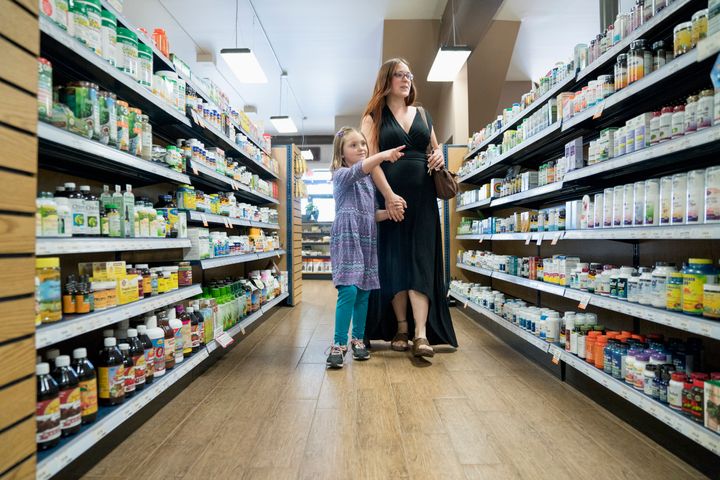 Micronutrients — which consist of vitamins and minerals — are essential for “development, disease prevention and the overall well-being of children.” According to the CDC, in fact, “at least half of children worldwide ages 6 months to 5 years” suffer from at least one micronutrient deficiency, if not more.

Vitamin A is reportedly one of the most crucial micronutrients for early childhood development, as noted by the CDC. In addition to supporting healthy immune system functions, it can also reduce the risk of blindness and stunted growth, as well as death from life-threatening childhood infections such as diarrhea and measles. In a 2015 study, the World Health Organization revealed that vitamin A deficiency is a public health problem affecting several parts of the world, specifically Southeast Asia and Africa. According to the CDC, some side effects of a vitamin A deficiency are dry skin and hair, along with impaired bone growth. But introducing vitamin A to a child’s diet can help with tissue repair, vision, and healthier skin. And with early implementation in children under the age of 5, vitamin A is proven to reduce overall mortality in countries where deficiency is an issue, according to the CDC. Vitamin A can be found in dairy products like milk, cheese, and yogurt, as well as pistachio nuts, carrots and cantaloupe, to name a few.

A CDC study found that vitamin D deficiency not only affects children in resource-limited countries but in resource-rich countries, as well. Infants and developing children require vitamin D for proper bone metabolism and immune system regulation, as stated by the World Health Organization. A lack of vitamin D in a child’s diet is linked to a slew of respiratory infections including pneumonia, bronchiolitis, and tuberculosis. Pneumonia is one of the leading causes of death for children worldwide, making vitamin D an integral vitamin for kids. This vitamin can be found in foods such as eggs and oily fish (like salmon and mackerel); as well as cheese.

It may come as a surprise to some, but iron deficiency is the most common nutritional deficiency worldwide. In fact, the CDC found that it affects half the children in developing countries. The World Health Organization reports that “Children are particularly vulnerable to iron deficiency anemia [a common type of anemia] because of their increased iron requirements in the periods of rapid growth, especially in the first five years of life.” Side effects of iron-deficiency anemia include impaired cognitive development and even childhood morbidity. To prevent IDA in young children, the CDC suggests infants less than a year old who isn’t primarily being breastfed drink infant formula fortified with iron. For exclusively or partially breastfed infants, the American Academy of Pediatrics recommends daily vitamin D early on followed up with supplements. And for older kids, one of the things the Mayo Clinic recommends is serving food rich in iron. Some good sources are dark green leafy vegetables, chicken, and beans. It’s also recommended that kids between 1 and 5 years old don’t drink too much milk — no more than 24 ounces in a day.

Iodine is an essential mineral, as the body needs it to make thyroid hormones, which are important for development and growth. Unfortunately, there are an estimated 2 billion individuals suffering from iodine deficiency worldwide. The NIH reveals that countries in Europe, Africa, Southeast Asia and the Eastern Mediterranean are in fact the main regions struggling with iodine deficiency. When children have severe cases of iodine deficiency, it can be harmful to the development of their nervous systems, as well as their brains. Even less severe cases of iodine deficiency can cause “neurodevelopmental deficits such as somewhat lower-than-average intelligence as measured by IQ,” according to the National Institutes of Health. Iodine supplements can help, though — giving them to kids can have a positive effect on their cognitive function overall and their reasoning abilities. Unlike its sister minerals, iodine isn’t easily found in common household food items, though it can be found in some — seafood and dairy products, for instance. Seaweed, too, is one of the top sources for consumable iodine. And though it’s probably not a kid’s first choice for a snack, some experts get their kids to eat it by packing it in their lunches.

The last time you heard about the importance of zinc, you were probably stuffed up and inquiring about cold medicine at your local pharmacy. That’s because zinc is essential for immune support and infection resistance. And when it comes to child development, the mineral aids the nervous system and overall growth. In fact, the World Health Organization cites zinc as the key mineral for linear growth of children under the age of 5, aiding in immune support, height and weight gain. Plus, zinc can be found in many popular foods, such as beans, nuts, and dairy products, making it a relatively easy find.

Next post: Reading, writing and hunger: More than 13 million kids in this country go to school hungry