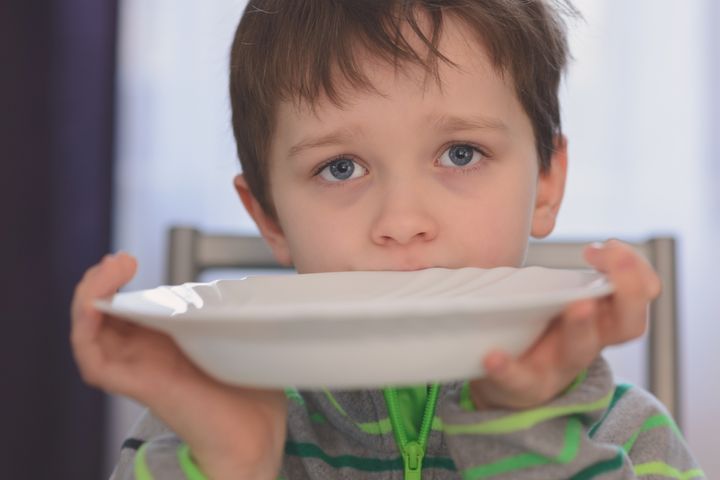 The Problem: Not Eating Enough, Period
The Result: Developmental and Growth Problems

Here’s how a healthy diet can change your life.

Nearly 3 million children die each year because of malnutrition, according to UNICEF.

Malnutrition, or undernourishment, is a global problem, with nearly half of all deaths globally of children under the age of 5 attributed to it. Even still, children who are either not properly fed or are underfed are more likely to live with various diseases, illnesses, and other health conditions later in life.

The point remains: when children don’t eat enough nutritious food, they’re not eating enough of the things their bodies need to grow strong and healthy into adulthood. To better understand just how poor childhood nutrition impacts lifelong health, we’ve teamed up with Walgreens.

Malnourishment in childhood can lead to a host of problems well into adulthood, like developmental issues, stunted growth and a weakened immune system that’s vulnerable to illness like diarrhea and pneumonia. Though some malnutrition effects can be reversed over time, studies have found that developmental delays related to malnutrition don’t improve as child ages.

Childhood nutrition is a significant indicator of future health problems, says Dr. Charles Mueller, a clinical nutrition professor at the New York University Steinhardt School of Culture, Education, and Human Development. “If you have a kid who has been chronically malnourished in the first six months of their life, the damage that is done neurologically is lifelong.”

Eating healthy really does cost more time, money and effort. That’s why foods that are in their rawest, purest, and arguably healthiest form tend to be the least accessible to children. Just as children who get the majority of their calories from processed foods are missing out on key nutrients, underfed children are lacking essential ingredients that’ll grow them into healthy adults.

A study in Nutrition Journal found that a diet high in sugar, salt and fats can stimulate inflammation and directly impact the immune system, whereas a diet high in nutrient-rich, raw foods can set your immune system up for success. Because the immune system is your body’s natural gatekeeper ― shutting out nasty germs, parasites and other foreign invaders ― it’s important to give it the foods it needs at a young age, by eating immune-boosting foods like citrus fruits, bell peppers, and sweet potatoes.

The Problem: Skimping on the Calcium
The Result: Depression and Irritability

Chock-full of calcium, it’s no wonder that milk is sometimes deemed “nature’s most perfect food.” After all, a diet rich in calcium and vitamin D has been shown to support strong bones, something that’s especially important for growing kids. Unfortunately, the amount of milk and other calcium-rich foods kids are getting today is lackluster compared to the amounts their developing bodies crave, and that spells big health problems for them down the road beyond low bone density.

Vitamin K ― found in greens like spinach, kale, Brussel sprouts, and cabbage ― is an essential nutrient for blood clotting. Without vitamin K, a mere scrape or cut can result in a traumatic bleeding episode.

Additionally, not getting enough vitamin K may, in turn, lead to iron deficiency. Iron, found in spinach, is one of the most important nutrients for children, says Dr. Susan B. Roberts, author and nutrition professor at Tufts University. “Even transient iron deficiency in early life has a lifelong negative impact on cognition and brain health,” she says. Low iron is responsible for anemia, a condition which can cause fatigue and dizziness, among other side effects.

Next post: Here’s How We Raised $60K for Food Justice